Listen to the interview (approx. 52 min.) or download it.

Graduated in 2013 with a major in Music Business.  Principal Instrument:  Voice

Overview:  After graduation, Jared got an internship with now-defunct Flo Capital in Nashville, a venture/seed capital investment firm which had helped Kenny Chesney launch a brand of rum.  Jared was asked to do financial modeling.  “I was spending 50 hrs/week on my internship, and another 40/week trying to learn how to do what I was supposed to do.”  Three months later, he corrected the founder of his company about a financial issue, saving his own company big money, and soon thereafter was offered a job as a financial analyst at 60K/year.

Jared stayed there for 2.5 years, and sensed that Flo Capital was “circling the drain” so he started reaching out for other opportunities.  A good friend and former co-worker recommended him to one of the founders of the Fintech Growth Fund, which had not yet launched and they met.  Then in October 2015 Jared got laid off (along with half the company).  He reached out again to his contact and searched aggressively for new work, but he got the job.

Choice Quotes:  “It’s great to wake up every morning and think ‘What am I going to see today?’  How can I help this company out?  Every day is different.  There’s always something new.  There’s always a fire to put out, but if you’re surrounded by good people it’s not a stressful thing–it’s an exciting thing!”

“NEVER tell someone you can’t do something in an interview.  Believe in yourself and your ability to be better and learn to do something someone asks you to do.”

“The thing about venture capital investing is we do well if and only if they do well. A good investor brings insight, experience, and connections.  Not just a check.”

“Normally people working at fund principals have ten years of experience and an MBA.  What got me the job at the Fintech Growth Fund—-was that I had seen a company fail.  People who have only seen success don’t know how to spot a red flag.  I know to be paranoid enough to poke holes in some entrepreneurs optimism.”

“Doing music non-professionally is the best thing that happened to my music.  Wnen you take the pressure off and don’t worry about the effect on your career, it’s a more enjoyable experience.  I write & perform better.”

Listen to the interview (approx. 44 minutes) or download it.

*UPDATE* March 2018:  Jonathan has branched out into consulting for religious organizations, and has a professional website.

Graduated in 2012 with a major in Professional Music.  Principal Instrument:  Piano.

Overview:  Growing up, Jonathan was heavily involved in church activities, but he stepped away from that for a while to pursue music.  But while at Berklee he got involved with a local (Boston) church and connected with the pastor.  By his last year at Berklee, he found that “music wasn’t as much fun as it used to be.”  Jonathan did some soul-searching (so to speak) and decided that he wanted to be a minister.  He decided that the Interdenominational Theological Center in Atlanta would be a good fit, applied while still at Berklee, was accepted, and started there the following fall, earning his Masters in Divinity after 3 years of hard work.  Before he even got to Atlanta he connected with the minister at New Life Tabernacle Church and was hired as organist, his job expanding to Youth Minister once he got his M.Div.

During that first year in Atlanta Jonathan worked mostly at a bank, but his heart wasn’t in it, so he used Indeed to find the administrative job at the Evangeline Booth College.

While working two jobs, Jonathan is taking classes online at Regent University to get his Doctorate in Strategic Leadership, which he expects to complete in 2019.

Choice Quotes:  “I feel called to the ministry, and I love that component in both of my jobs.  I also like  meeting new people as well as travel, and both of my jobs feature both of these.”

“What would you be if you could drop everything and just be it?  What are you naturally GOOD at?  In our world today there’s nothing that you can’t make a living off.  Jump out on faith and allow what you’re naturally good at to make you a living.”

END_OF_DOCUMENT_TOKEN_TO_BE_REPLACED

Listen to the interview (approx. 56 minutes) or download it.

Graduated in 2012 with a double-major in Music Business and Songwriting.  Principal Instrument:  Piano

Overview.  At the end of his Berklee career, to do the required internship Music Business, Jeremy used a personal connection to get a paid internship doing social media at M. Steinert & Sons, which is located in Boston and sells pianos.  The internship turned into a job selling pianos to schools in New England, which he did until late 2015.  Feeling his career was stagnating, Jeremy quit in order to look for something new.  He aggressively applied to a large range of jobs and reached out to his large network of family and friends.  Soon, a friend who recently had started at Criteo passed his resume along.  A very challenging interview process later, Jeremy got his current job!

Choice Quotes:  “I like that, to a large extent, I’m in control of my success–if I put in the effort then I get the reward.  When I’m in the office, I give it 100% all day.  If you slack off in sales, you’re not going to sell anything”

“If you put the effort in, the results will follow.  That’s the sales mantra, but it applies to life in general. When I was unemployed, by 9am I’d be at my computer looking and applying for jobs and would do that all day, Monday-Friday.  I also gave my resume a thorough overhaul which was hugely important and helped get me my current job.”

“I started as a Songwriting major, but double-majored in Music Business because as my father said, it can never hurt to have a business background.”

END_OF_DOCUMENT_TOKEN_TO_BE_REPLACED 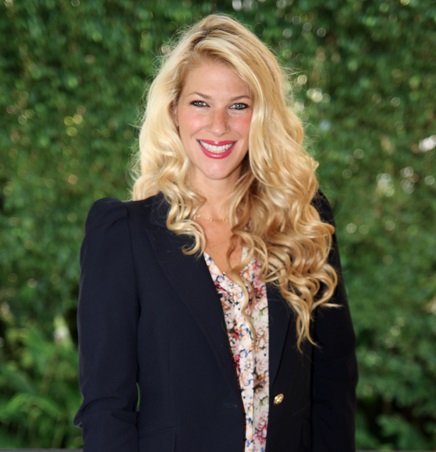 Listen to the interview (approx. 44 min) or download it.

Graduated in 2006 with a major in Professional Music.  Principal Instrument:  Voice

Position:  Marketing Strategic Planner at The Community, a 100+ person multi-cultural advertising agency based in Miami.

Overview:  Tyler had trouble finding work after graduation, so she moved home to Miami.  She asked to volunteer at the local United Way as a way to keep busy, but she hit it off with the person there and was offered a job marketing and promoting a new educational program!  During her 3 years there Tyler rose to communications manager.  To advance her career, she got a Masters in Integrated Marketing Communications at Northwestern University in Chicago.  She figured out that she liked marketing strategy, Her internship at DraftFCB while in grad because a job after she prevailed in an extremely competitive hiring process.  She stayed two years, then followed her boss to another agency.  Tyler then moved back to Miami to be closer to her family and fiance.  She initially started a consulting agency focused on non-profits, but found it tough to make money, so she looked for other work.  Finding out that a former coworker from DraftFCB worked with The Community, she got him to introduce her and was offered a job shortly thereafter.

Choice Quotes:  “I’ve always enjoyed writing.  Had I not gone to Berklee I’d have majored in psychology.  My job is a combination of psych, writing, and a sort of puzzle of how to creatively express all the pieces required.  I found a role that let me use what I’m good at and enjoy doing.”

“A lot of marketing strategy is story telling.”

“Many careers involve giving a lot of presentations.  It’s really similar to the music performances and labs which we all do at Berklee.”

END_OF_DOCUMENT_TOKEN_TO_BE_REPLACED

Listen to the interview (approx. 45 minutes) or download it.

Graduated in 2009 with a major in Music Business.  Principal Instrument:  Upright Bass

Position:  Entrepreneur – Founder and CEO of her own company LDR Brands, which makes fashionable high-tech accessories for women.

UPDATE 2018:  In early 2017 Sarah went back into the music industry, as the director of marketing at Capitol Records.

Overview:  Sarah worked in the music industry for roughly 6 years after graduation, the last four at Rostrum Records, a small, start-up music label which grew rapidly under her watch as director of operations, later senior director or artist relations & creative services.  She helped one of their artists turn his merch sales from maybe a dozen T-shirts per week to over $1,000,000 per year!  At that point, she figured “If I could make artist merch successful I should be able to make ‘Sarah Merch’ successful too.”  Her regular job had become more routine, so in early 2015 she and a friend, an experienced salesperson, decided to move from LA to New Your and take the plunge after she had put in over a thousand hours working on designs and business strategies…and after she sold most of her possessions to provide startup money.

Choice Quotes:  “I really love being able to create something every day!  Even if it’s not a bag, it may be content or a marketing idea.”

“Startups never have an easy time; there are challenges every day.  But I like to be in control and know that if I make a mistake I can own it and fix it.”

“I designed everything LDR sells. Being in music taught me that some people know theory really well, while others learn and play by ear and not knowing all the rules doesn’t stop them.  So while I’m not technically trained in fashion, I can still use different media to describe and explain my vision.”

END_OF_DOCUMENT_TOKEN_TO_BE_REPLACED

Kevin Block-Schwenk is an Associate Professor of Liberal Arts (Economics) at Berklee College of Music in Boston.